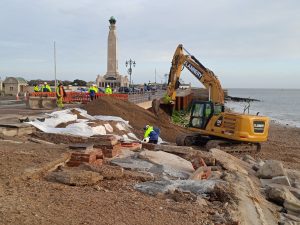 You may have noticed some heavy machinery on the Southsea seafront near The Beach Club yesterday. This is because we installed a temporary rock and shingle defence to protect the already damaged esplanade and beach at that location during Storm Eunice, due to hit today. For added protection, we took surplus shingle from the Hover Travel pad and moved it to the same location.

We have also further secured the fencing around the Southsea Castle area with extra weights and Kelly blocks.

Band on the run 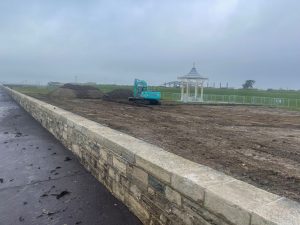 We’re on to Bandstand Field next, removing the topsoil in preparation for a compound for our site staff who have the heavy duty job of building the 140,000 rock revetment stretching roughly 25m out to sea. Don’t worry though – we will be reinstating Bandstand Field after our works at Southsea Castle are complete. 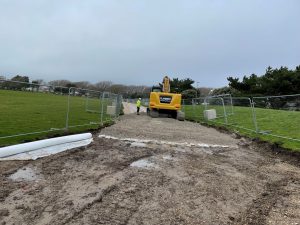 The slots at Southsea…

Most of us have seen the slot machines at Clarence Pier, but we’re looking at the slot drainage being installed on the wider promenade on the east of the Long Curtain Moat Frontage 1 works. Not a 2p piece in sight!