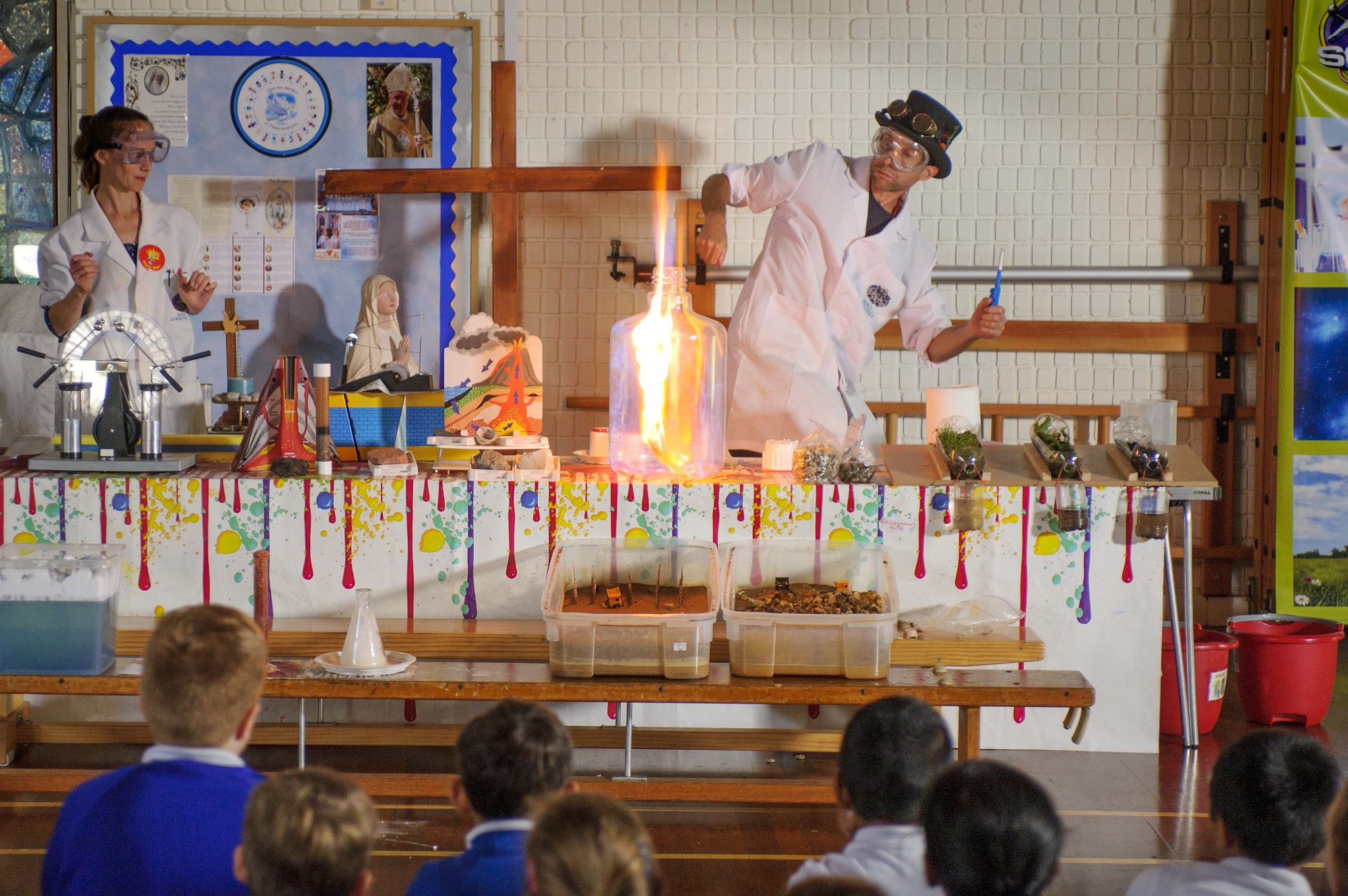 Children from St Swithun’s Catholic Primary School in Southsea received a visit from two ‘mad scientists’ this week as part of a workshop coordinated by the Southsea Coastal Scheme.

The visit marked the launch of a new project which will see 90 students create their own coastal defence schemes. Following extensive research and a field trip, the year 5 and 6 students will present their final projects to a panel of professionals in a ‘Dragon’s Den’ style competition.

This week’s session kicked off the project and aimed to educate students about flood defences and coastal erosion. Engineer and Project Manager for Southsea Coastal Scheme, Zane Gunton, shared his experience as an expert in coastal engineering and showcased proposals from the Southsea Coastal Scheme. He was followed by Super Sian and Electric Eddy who presented a fun-filled interactive assembly.

Cllr Dave Ashmore, cabinet member for environment and community safety at Portsmouth City Council, who are leading on the delivery of the scheme said:

“It’s great to see the team out working with young people again on this exciting project, following the previous workshop with Craneswater Junior School in July. The Southsea Coastal Scheme is going to help to protect Southsea from coastal flooding for the next 100 years, so it’s really important that we engage with children across the city to get them involved. I can’t wait to see the final results in November.”

The children enjoyed learning about the ocean’s impact, building their own mini-groynes and having fun with the wave simulator. They explored the water cycle, rock cycle and discussed the impact weathering has on our coastline. The scientists completed the session with a show stopping ‘storm in a bottle’.

Cllr Suzy Horton, cabinet member for education, who came along to see the workshop in action, said:

“Eddy and Sian from Mad Science really captured the imaginations of the children in the room, which Zane helped to kick off with his inspiring talk. The interactive activities were very engaging, and the workshop certainly finished with a bang! I really hope this project will encourage young people to consider becoming civil engineers, who are vital for the delivery of major infrastructure schemes across the city”.

Matthew Dunn, Head of Year 5 and 6 at St Swithun’s Catholic Primary School, said: “The ‘Mad Science’ session was a brilliant way to kick off this piece of work. Not only is a great way to get the students involved in such a locally relevant project, it also showcases STEM subjects in a fun and engaging way. We can’t wait for the next stage of the project where we will be taking the children to Southsea seafront to learn even more about what it takes to protect our coastline.”

Top image: Super Sian and Electric Eddy create their ‘storm in a bottle.
Bottom image: Children from the school show Cllr Suzy Horton the results of their experiments. 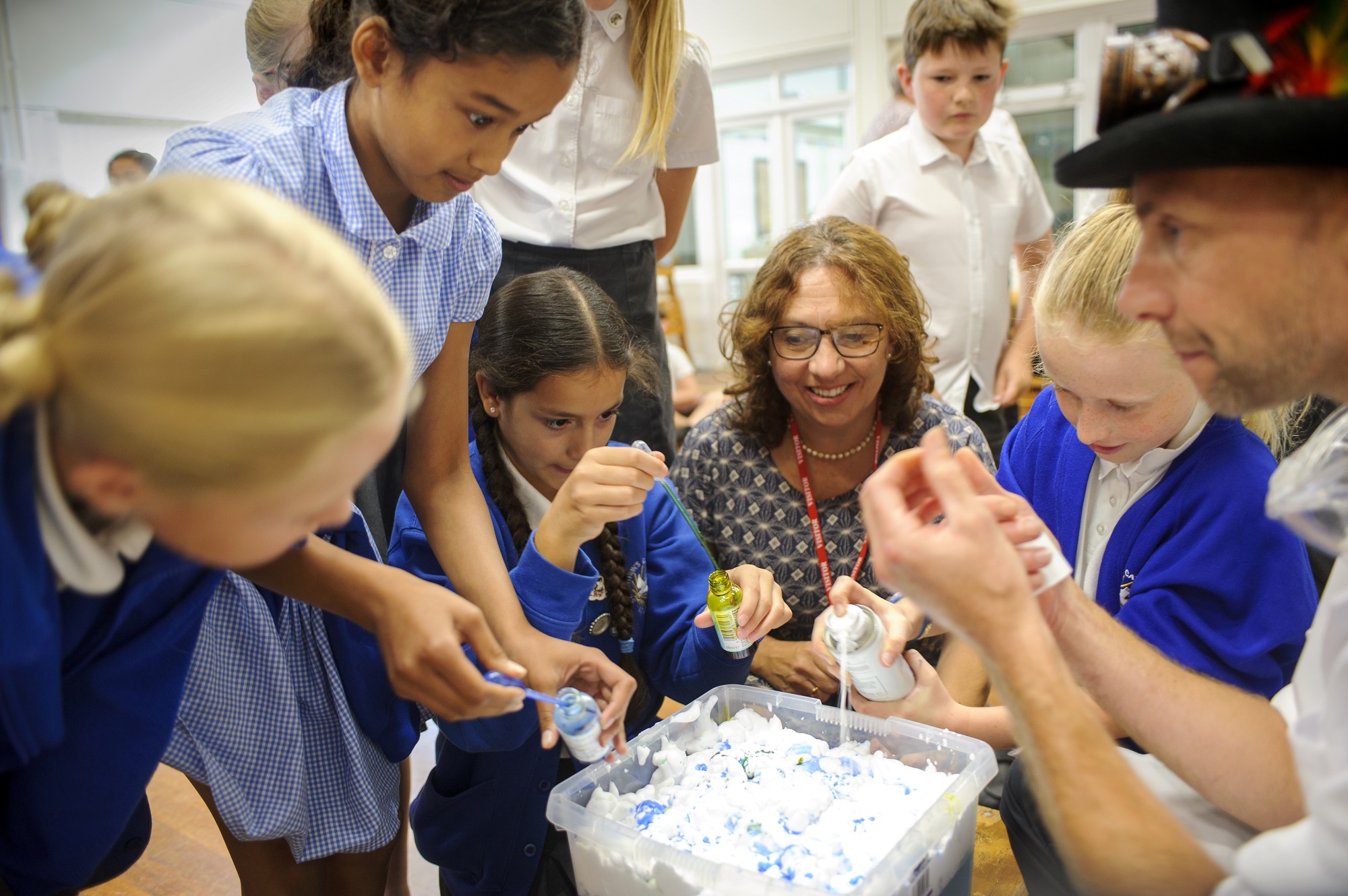 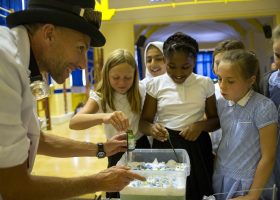 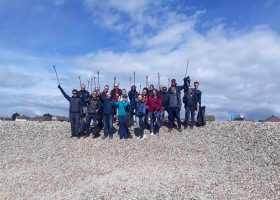 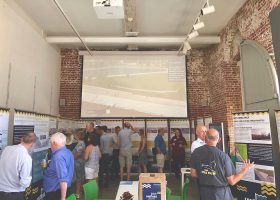