As the UK’s largest local authority-led coastal defences’ project, the Southsea Coastal Scheme prides itself on having a diverse and talented team.

March 8 is International Women’s Day and the ‘Choose to challenge’ theme this year resonates with us as we are strong supporters of encouraging women to consider careers outside of what have been considered ‘traditional’ roles.

We have 34 women in our Southsea Coastal Scheme team, working in a diverse range of roles including engineers, archaeologists and designers.

Laura and Rachel are coastal environmental engineers who are key members of our team. They work at Coastal Partners, a partnership between four councils that manage 162km of Hampshire’s coastline. 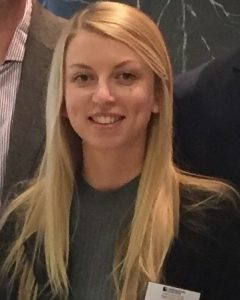 Laura has worked on the Southsea Coastal Scheme since 2015, where she leads the licence and consenting aspects of the project. During her studies for a BSc in Geography, she developed an interest in the coastal environment.

Laura said: “Engineering and scientific roles allow you to shape the world around you right now and also for future generations.

“Working on the Southsea Coastal Scheme is a once in a generation opportunity and has given me the chance to shape a project in my local area that will reduce the risk of coastal flooding and erosion in the future.

“No two days are the same, and I enjoy the variety that comes with my role and the numerous opportunities this creates.”

Rachel has an integrated Masters’ degree in Oceanography, and an interest in heritage and archaeology as key considerations of the changing coastal environment. Her role involves supporting the environmental consenting of capital projects, as well as undertaking ecological surveys.

Rachel said: “Women who choose science and engineering as careers have the chance to hugely contribute to positive change – whether that be renewable energy, sustainable infrastructure or effectively managing our coastline under the challenge of rising sea levels.

“In my role, I contribute to safeguarding our coastal communities and infrastructure including homes, workplaces and nationally important heritage assets such as Southsea Castle. For me, being on the frontline against climate change – it doesn’t get more fulfilling than that!”